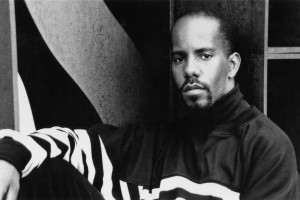 Leon began to develop his great talent as a dancer and choreographer during his years at the High School for the Creative and Performing Arts, Philadelphia, PA. In 1978, he began to build his repertoire based upon philosophies he formed during his extensive experiences in both theatrics and dance with the Playward Bus Theater Company and dance master, John Hines. In 1980, he co-directed a company that flourished and eventually became Eleone Dance Theatre.

Leon, as he is affectionately known, worked as an entertainer, choreographer, performer, composer and  educator in programs sponsored by the Institute of Arts and Education, Wanamaker Middle School Theater Arts Program, the Christina Cultural Arts Center, The American Music Theater Festival and many others.

In addition to being mentored by and working with Maurice Hines, Leon also worked with greats such as Chita Rivera, Donald O’Connor, the Boston Pops, Dee Dee Sharp, Roberta Flack and Tachina Arnold. His most enduring engagements were with “Browser,” the notable performer from the Group Sha Na Na.

Leon received a special citation from the City Council of Philadelphia and the Bright Hope Baptist Church to honor his generosity and commitment to elevating the artistic programs of the church to new levels of excellence. He was also given the Imhotep Award from the Christina Cultural Arts Center and featured in the February 1997 “50 Rising Stars” article in Seven Arts Magazine. 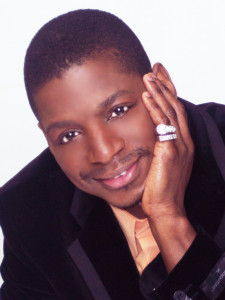 Artistic Director, Shawn-Lamere Williams, a native Philadelphian, is a graduate of the Creative and Performing Arts High School.  He is the Artistic/Co-director of Eleone Dance Theatre.  He has trained with Cheryl V. Sheppard, Faye B. Snow, Leon Evans, Denise Jefferson, Milton Myers, and James Truitte among others.  He attended the Philadelphia Dance Company Training Program and was a recipient of a merit scholarship at the Alvin Ailey American School of Dance.  He has traveled and performed professionally with Eleone Dance Theatre, the Philadelphia Dance Company, Juba Contemporary Dance Company, Mark Scott, and the New Freedom Theater.  He has performed for such stellar artists as Patti Labelle, Cab Calloway, Grover Washington, Jr., and the Reverend Jesse Jackson and can be seen in the movie “Beloved” where he was a featured dancer.  He was also a featured dancer in the New Freedom Theater productions of “The Black Nativity, and “Lazarus Unstoned.”

Awards and appointments include:  former co-director and choreographer for Philadanco II, the Lawrence Epstein Award for Choreography, and recipient of the 1998 Dance Advance Grant funded by the Pew Charitable Trusts, administered by the Philadelphia Dance Alliance.  In 2002, he was a Channel 17 UNSUNG Hero. In addition to his artistic duties, Williams is presently the dance instructor at the Meredith School, Primary Instructor for the New Freedom Theater Intensive Training Program and teaches at the Creative and Performing Arts High School, the Christina Cultural Arts Center, and the Philadelphia School of the Dance Arts.  Mr. Williams was invited to teach a master class and lead the audition workshop at the 2000 Black College Dance Exchange, Hampton, VA.

Under the Artistic Direction of Shawn-Lamere Williams, Eleone Dance Theatre has performed throughout Philadelphia, Delaware, and Virginia at such venues as the Wilma Theater for DanceBoom, Danceplace in DC and Hampton University, the Wilder Performing Arts Center, and the Cultural Arts Center at Glen Allen in Virginia.   The company has received numerous grants, including Dance Advance, the Philadelphia Cultural Fund, the PCA Preserving Diverse Cultures and consistently present repertory concerts, its annual holiday production of “Carols in Color,” and its arts-in-education production of “From These Roots.”  Eleone Dance Theatre has performed in the North Carolina Arts Exchange Presenters Showcase, the Maryland Dance Council Festival, The Ohio Presenters Showcase, and two APAP NYC showcases.

Shawn-Lamere Williams’ choreographic works for the company, namely, “We Give Thanks,” and “Sweet As the Morning’s Flow” have received rave reviews.  The 2005-06 Dance Advance Grant awarded to Eleone Dance Theatre supported the choreography of Mr. Williams “Sweet as the Morning’s Flow” Suite to commemorate Eleone’s 10th Anniversary Dance Season.  Mr. Williams is currently the founder and artistic director of Eleone Connection, the second company of Eleone Dance Theatre and Eleone Dance Unlimited, the Official School of Eleone Dance Theatre.  He is also the recipient of 2008 and 2011 Mayoral Citations from the City of Philadelphia for his contributions to the Philadelphia arts community. 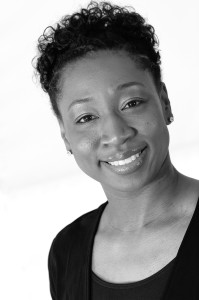 Sheila A. Ward is presently a tenured Professor in the Department of Health, Physical Education and Exercise Science at Norfolk State University.  She is Co-Director of and performs professionally with Eleone Dance Theatre of Philadelphia, PA. She holds a B.S. in Physical Education with an emphasis in Dance from Indiana University and an M.Ed. and Ph.D. in Exercise Physiology from Temple University. Dr. Ward also earned a Masters of Public Health with a concentration in Epidemiology from Eastern Virginia Medical School/Old Dominion University, Norfolk, VA.  Integration of her degrees in exercise physiology, epidemiology/public health, and dance has served as the foundation to promote, ‘Health Empowerment through Cultural Awareness,’ the guiding principle from which she conducts scholarly activities related to chronic disease prevention and management. She is a Fellow of the American College of Sports Medicine (ACSM) and a Certified Instructor for both the Umfundalai African Dance Technique and the Katherine Dunham Technique. She was Publications Chair of the National Dance Association and served on the Editorial Board of JOPERD (2006-2009).  She was the Math/Science Coordinator for the National Youth Sports Program – Temple University for 13 years where she designed and conducted a Fitness and Sports Science Program to introduce math and science to summer student campers 10-16 years of age.  She is currently on the Editorial Board of the Physician and Sportsmedicine, a reviewer for JOPERD, and Chair of Grants & Research for Black Women in Sport Foundation.  She is the Project Director for the NSU Health and Wellness Initiative for Women and a Roster Artist for the Virginia Arts in Education Residency Program.

Ms. Ward has successfully received state, federal, and private funding for research and program implementation including authoring and implementing twelve (12) dance-related grants, such as $40,000 from the Pew Center for Arts & Heritage through Dance Advance Award for the reconstruction of “Americana,” a signature work of the legendary Ms. Katherine Dunham and $96,000 to acquire and present a new work by Dianne McIntyre.  Her presentations and publications on the international, national, state, and local levels are extensive and varied such as the publications of African-centered Dance:  An Intervention Tool for HIV/AIDS Prevention, Health and the Power of Dance, and African Dance Aesthetics in a K-12 Dance Setting:  From History to Social Justice.  She is the recipient of Norfolk State University’s 2009 Distinguished Faculty Award for Scholarship and is currently the recipient of two Virginia Department Health/Centers for Disease Control and Prevention grants.

She has conducted over 31 dance arts-in-education k-12 residencies throughout the states of Virginia and Delaware, and the City of Philadelphia, PA.  She performed and trained with The Philadelphia Company (Philadanco) and Philadanco II.  At Indiana University, she was a member of the African American Dance Company and the IU Dance Theater.  She is co-director of Eleone Connection, a pre-professional youth dance ensemble, and executive consultant to Eleone Dance Unlimited Dance School.  Dr. Ward was featured in the magazines, Dance Teacher Now (2009), which highlighted multiple careers of dancers, and Upscale Magazine (2009), which highlighted the use of African Dance for health.   She was a 2011 Honoree of the Virginia Peninsula ACT-SO Program, sponsored by the Newport News NAACP, for outstanding achievement in the field of Dance and the recipient of 2008 and 2011 Mayoral Citations from the City of Philadelphia for her contributions to the Philadelphia arts community.  Dr. Ward is the 2014 Herman C. Hudson Alumni Award Recipient, African American Arts Institute, Indiana University for her “outstanding career as a dance artist, educator and scholar.”